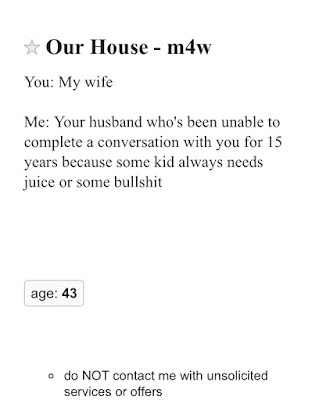 Posted by gabriel rutledge No comments:

Get Off My Lawn

I remember the day Kurt Cobain died pretty well. Not the actual date, I just had to Google that. April 8, 1994. I was 20. I played drums in a band called Mushmouth at the time. Great band if you like your punk rock songs to be loud, fast, and unnecessarily complicated. In our youthful arrogance we thought we should have been more popular, but in hindsight we were probably exactly as popular as we should have been. Our friend Kristi was at almost all of our shows. She later became my wife, so I guess she likes her men to be loud, fast, and unnecessarily complicated too.  If you were a part of the Olympia punk rock scene like we were, everyone had Kurt Cobain stories. He lived there pre-fame so a lot of the people a few years older than us knew him personally. No one in Olympia talked about Nirvana or Kurt with a sense of awe, it was mostly who Kurt used to date in Olympia, who was taking care of the turtles he left behind, and how they liked Nirvana's first album better. So for the wannabe cool kids like we were, we sort of felt like we had to pretend we weren't impressed with his rock stardom either.  If I was cool (or at least aware) a few years earlier I could have seen Nirvana in a dorm room at Evergreen State College, but instead the only time I saw them was at Key Arena in Seattle with 15,000 other people, and the only time I met Kurt was at a storage unit our band practiced in. I'm still waiting for the episode of Storage Wars were they pull the door up to reveal a band.

"Sorry folks looks like there's nothing of value in this one, let's move on to our next unit!"
*door shuts
Singer looks at rest of band "Guys that's it! This band is called...Nothing Of Value!

The lady who managed the storage units had told us in hushed tones that Kurt Cobain rented a unit there, but we didn't really believe her until he and Courtney Love showed up one day to collect all his stuff about 5 doors down from our unit.  Kurt was nice enough to invite us over and offer us some of his crap. A lamp, a broken stereo, that kind of stuff. Courtney was grumpy. "You guys aren't writing a book are you?" I think at the time some sort of unauthorized biography had come out about them. No, I wasn't writing a book. I wasn't really writing anything, which is why I was in the process of flunking out of South Puget Sound Community College.
On the day he died I remember a friend texted me and told me people on Twitter were saying Kurt Cobain died.  Grandpa's kidding of course, there was no texting or tweeting in 1994. Someone called and I turned on MTV News. That's right kids in the 90's we had to grieve without hashtags. It was a #SimplerTime.  Mushmouth had a show that night at a house party in Portland. We were sad about the news of course, but in a weird way it was almost like since we weren't supposed to be impressed with his rock stardom, we also couldn't admit the significance of his death. I don't remember thinking any American Pie "This is the day the music died" thoughts. It was more like "Oh, he used to be close to my friends sister, I wonder how she's holding up today?" It was a surreal day for sure, and the house party we played at had a weird "Nobody lives forever, so maybe lets drink an extra 40oz of Olde English 800" feel to it. I remember walking out of the party and seeing two people fucking on the grass next to the sidewalk in front of the house. We all grieve differently I guess. It shocked my 20 year old brain to see it. Partly because in '94 you couldn't just do a porn search for "Punk kids have sex in lawn", but also because I had just lost my virginity 2 months earlier. February 8th to be exact. 2/8/94. #NeverForget. I had built sex up in my former church kid virgin brain to be this life altering event that could only be achieved after completing a spirit quest to find a Coitus Wizard who gave you the magic key that would unlock the vagina of the woman who was wearing the other half of the penis locket I'd never noticed I was wearing. But then I had sex and... it was great, but also...not nearly as life altering as I thought it was going to be. And now a few months later I was watching two drunk idiots on a lawn do the thing that I had built up in my head to be so important. It was like they were mocking me. It's weird when your life goal is someone else's rock bottom. I feel like that now when I see celebrities headlining comedy clubs because their TV/Movie career isn't going well anymore. I'm hanging out on the 1st rung of the show business ladder on purpose. They fell there. Stand up comedy now actually reminds me a lot of the punk rock scene of the early 90's. Except the 10 people sleeping in the "punk house" were in their 20's, the 10 people sleeping in a "comedy house" are all 36.
Anyway when people talk about the day Kurt Cobain died I always think of people banging on a lawn. Not the best tribute to Kurt or my young adulthood, but you can't choose your memories. I wonder what the 2 people I saw having public sex at a party think when someone asks them if they remember the day Kurt Cobain died. "Well no...not really, but according to witnesses I had quite a night." Hopefully they didn't make a lawn baby that night. If they did it's 23 now. #HappyBirthdayLawnBaby

You should buy my book.

You should buy my album 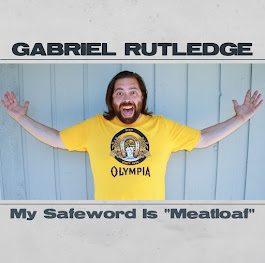 Other places to find me